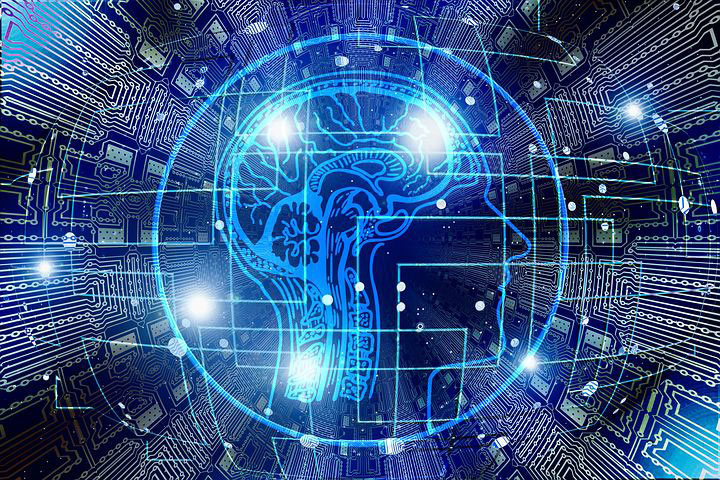 This article is Part II of my series covering Artificial Intelligence (AI) and the robotic future that’s headed our way. As I mentioned in my prior article, by no means do I assert to be an expert in the field. I’m just someone who took interest in the subject many years ago. I’ve read most articles written by high-profile originators, such as the Brookings Institute, McKinsey Global Institute, World Economic Forum, along with many other think-tank organizations from around the world. My goal is simply to create awareness; each of us must form our own opinions.

Today, AI is everywhere - but do we realize it? Do we understand its function and where it came from? It’s in your life right now via email filters, mobile and ATM banking, web searches, self-serve grocers, maps and directional software and ride share apps. Do you realize that an airline pilot only flies the airplane on average for seven minutes? Most is done by AI. AI is currently driving great advances in healthcare and medicine and prevention of many diseases, higher accuracy diagnoses, and more effective treatment and cures. The list goes on and on.

Advances in AI, automation and robotics are transforming our world. There is no longer the argument of not if but when - it is now an argument of what will be the impact and who will be hit the hardest.

In 1961 President Kennedy was quoted, “the major domestic challenge, really, of the ‘60s, to maintain full employment at a time when automation, of course, is replacing men.” Instead, it created jobs. In the 1980’s we saw vast integration of the computer in the workplace and many thoughts that jobs would be replaced … ultimately, more jobs were created.

In the past we’ve overcome AI advancements with more jobs being created; however, the past can no longer be an accurate prediction of the future. For years, dumb robots have been in place, for example in the manufacturing of a car. Present day AI and robotics are much smarter. It’s not only one function that may be replaced; it may now be a single function that is replaced which may lead to multiple functions being disrupted.

What do you get when technological progress is accelerating and AI can do jobs across a range of industries? An accelerating pace of job collapse. We can’t make the mistake in thinking that the past will dictate and predict what the future will be.

Let’s Look at Both Sides of the Coin:

On one side, the doomsayers call for 40%-70% worldwide unemployment, civil unrest that will lead to the disappearance of the middle-class with inequality becoming the norm. Governments will need to invest in people and provide social protections in bold ways such as Universal Basic Income (UBI). 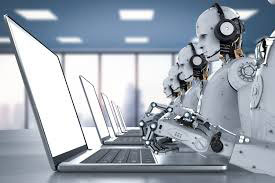 The other side of the coin is much more optimistic. Many say there will be many more jobs created, than destroyed. One report says that 100 million jobs will be created against 70 million lost with a net gain of 30 million. This is a “typical” scenario you will read in the “positive” articles. However, what concerns me is that on this side of the coin, no matter how positive the article, a few words always come up like, “displaced” and “disruption” in the labor force. In my opinion, there will be a major upheaval in the labor force. This side of the coin calls for reskill, retrain, upskill. When robots take over housekeeping functions at hotels, are we going to train these people to write code? Will they be trained to become programmers?

Very soon, trucks will drive themselves; driving a truck is the most common job in 29 states. Artificial intelligence (AI) will quickly replace millions of call center workers and even white-collar jobs in insurance, accounting, financial planning and legal services in the coming years. AI can outperform experienced lawyers even now … thus, we’re not just replacing blue collar jobs – also white collar.  Currently, were just months away from Amazon making deliveries with drones. The U.S. Post office is currently testing driver-less trucks between Phoenix and Dallas. Amazon reportedly plans to add as many as 3,000 cashier-less stores by 2021 to augment its cashier-less digital storefront. The robots will take the place of humans and engage in routine tasks, such as scanning shelf inventory and boxes as they arrive at the stores. Walmart contends that the influx of robots will reduce the number of workers engaged in "repeatable, predictable and manual" tasks.

A few years back, Foxconn the largest contract manufacturer of iPhones — replaced 60,000 workers with industrial robots. A portion of these were developed internally by the company called “Foxbots” that can perform up to 20 manufacturing tasks.

Personally, I feel by 2025 we’re really going to get into the heavy layoffs. As you may be aware, recessions are part of the economic cycle. I will be watching very closely the next recession. My reasoning is this: it would not be good public relations for companies to simply announce massive layoffs due to their business decision to automate. They will use the recession as an excuse; during a recession, layoffs are expected. If you see a lot of companies jumping on the layoff bandwagon, this will be a sign that massive layoffs are close by. Basically, businesses are typically eager to implement cost-cutting technology as they lay off workers. I believe that when the next recession hits, the robots will be ready! 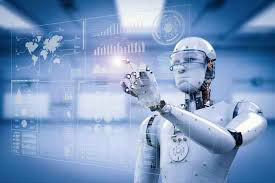 What’s the ripple effect? Americans are not savers, based on reports of retirement accounts under management. What does that mean? If 64% of the U.S. are presently homeowners, could this mean that people will sell their largest asset to raise cash? This would mean supply and demand in housing will drive prices downward very quickly. Will we have a housing crash? It’s something to think about if you’re sitting on a million dollars in equity and it’s your largest asset.

In the first wave of job losses, some areas that will be hit the hardest are those in the Heartland and Rust Belt, with many manufacturing jobs disappearing. Also, young workers that dominate the food industry will be hit hard. I’ve already seen chain restaurants shifting to self-ordering machines – many are already implementing robot assisted kitchens.

Venture capital for AI has hit record levels. The year 2018 was a tremendous year for AI start-ups. Artificial Intelligence is here to stay; it’s constantly impacting our lives and any company not utilizing AI in their business will be left behind. Recent reports state that nearly 50 percent of companies expect that automation will lead to some reduction in their full-time workforce by 2022.

Another decade is fast approaching. Increased onus is on the populace to be vigilant, whether about climate change, privacy rights or AI. With no apparent slowdown of AI and no apparent agreement on its impact in the future, critical thinking should be the order of the day.

We should consider the best and most effective means, that we as individuals, can exercise diligence. Addressing concerns to and demanding answers from corporate leaders, venture capitalists, our government and regulators is incumbent on us all. Diversity in tasking the goals, ethics, use, and definitions of the dangers of social engineering (most developers are presently male, Caucasian) is non-negotiable. Add to that, we must consider what re-training may be needed and what about the scientific theories that humans may lose control of AI? In our quest to be mindful, let’s be hopeful that we can expand the benefits of AI and mitigate its dangers.

Israel & Jordan, Experience of a Lifetime..

Hello Everyone,I want to share with you our most recent trip that took us to Israel and ..